“NO!” I screamed from inside my hidey-hole, as I watched the team’s blue light encased in yellow strands, blocked out and erased. I started a mad dash out the cave toward the alien shape, to do what I had no idea.

I stopped at the opening. The massive blob hovered a couple hundred meters above the ruins, its bulk blotting out the sky from my vantage. The yellow threadlike sensors dangled to the ground and swished about, as if distractedly sweeping the floor.  The main mass of the thing hung nearly motionless, the slightest twitches and changes in coloration passing quickly across its pale skin.

A long minute passed, and then another. The extraction team should arrive soon, and I might yet get out of here alive. 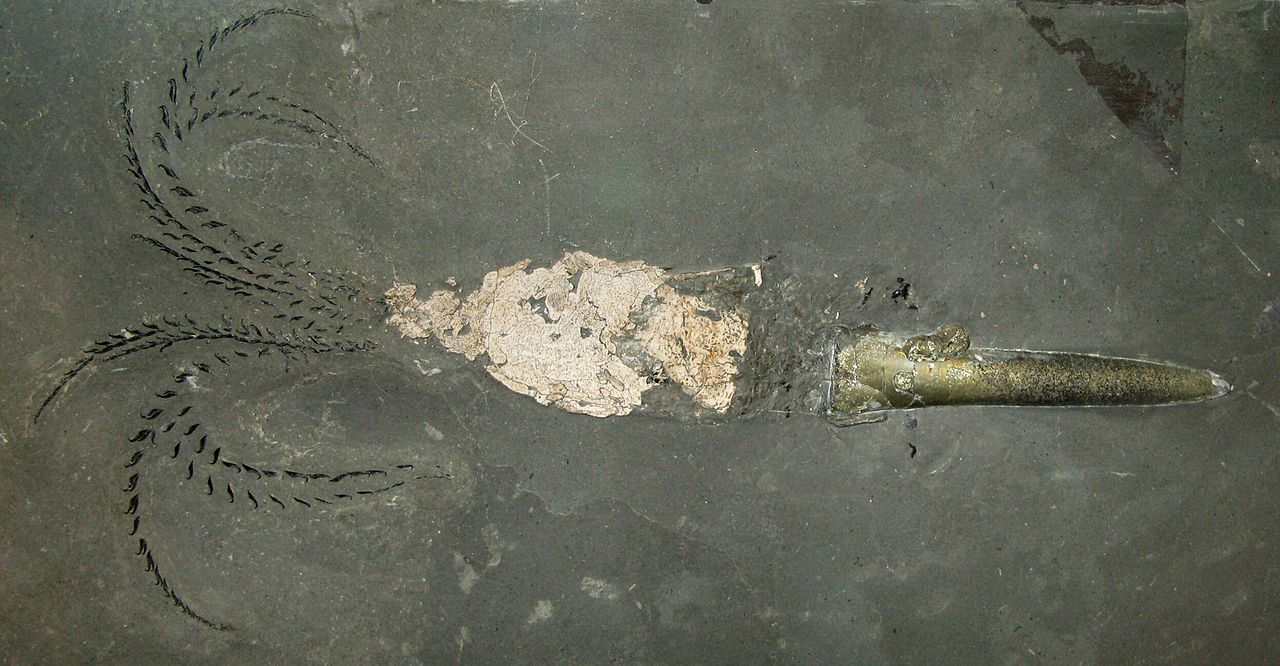 But I didn’t want to leave, not without the team. I’d been chosen to be teamed after Command had put me back together, after I had almost died getting Lt. Popec out when the Belemnoids had overrun us on Omicron Velorum. It was stupid, my heads up was telling me he was a goner, beyond any help I could offer, but I refused to believe it.

I fired everything I had, but they kept coming. I couldn’t leave Butch, unconscious and bleeding, just no way. So I threw myself at them, smashing them with one hand, grabbed Popec by the harness, fired off my subspace beacon and hoped and prayed Command would get us while there was still something to get.

They got through my suit. I don’t know if eating is the right image here, but they were tearing me apart. I thought I heard thrusters right before I passed out.

I spent a month getting put back together, the latest tech rebuilding bone, muscle – and mind. You don’t come through something like that completely sane. I accidentally became the best understood human physiology and psychology in the Union.

Popec didn’t make it. We got his body, most of it, anyway. Rare is the casualty of a space battle where there’s anything to bury.  His widow and sisters thanked me. I didn’t feel so good, let alone heroic.

After I healed up, I got a team. And, dammit, I was not going to leave them to some monster on some godforsaken moon.

I don’t know how long these ‘negotiations’ had gone on when I snapped out of it. There was no visible trace of the team, but the blob continued to hover and quiver, its hairlike sensors swirling across the ground. I  asked. “Well? How’s it coming?”

“Negotiations are difficult. The alien creatures are not well understood. But we sense a breakthrough.”

“OK, so what do you want me to do?” It crossed my mind that it had been quite a while since I, the Commander, had given any commands.

“Please crouch low and tight to the wall. We will need to build a blast barrier.”

“A what!?!” Then, again, the team took over my senses. I had a view of the creature from somewhere outside, a silhouette against a darkening sky.  For a moment, nothing changed, then, slowly, the blob began to list and rotate. Slowly, then faster, it tumbled from the sky.

I felt a rumble, a shock. The alien blob broke like a wave on a beach, spreading foamy fingers in every direction as the hill that was its body sank and spread across the ground.