Was reading the inestimable John C. Wright, who writes faster than I can think, on one of his whirlwind tours of Philosophy, History and Modern Culture, when a connection I had not made dawned on me: That Hegel rejects logic and embraces the dialectic because the definitive German Protestant take on logic – Kant’s – doesn’t, you know, work. Hegel  cannot work with the belief that nothing in this world is knowable in itself – and nobody else can, either, for that matter. Kant “proved” logically, following Descartes and Hume, that the only things we can really know are a few aspects of our own mind, that there is an unbridgeable gulf between everything that exists in the world and us. We know only perceptions – a smell, a color, the squeaks and scratches that make up Beethoven’s 9th – which can tell us nothing certain about the thing in itself.

Hegel accepts that view. Never mind that, to accept that view means that he learned something from Kant, Hume and Descartes, and learning something from somebody else disproves the view that you can’t learn anything from outside your own mind – Hegel is convinced that following logic to the end leads to nowhere, to a mind trapped in itself and beset by phenomena both tricksy and false.

And so, in answer, Hegel adopts the notion that logic is for the little people – mathematicians and physical scientists and craftsmen – while true Philosophy and true knowledge come through the Dialectic, in which things can both be and not be at the same time in the same respect (which, as far as I can figure, is merely embracing perception as the final arbiter – you do the ‘hard thinking’ and see it my way, or you’re wrong – there’s really no room for or point in trying to explain it logically).

Note that the characteristic moments in the life of the Perennial Philosophy are crowd shots: Socrates asking questions to Meno or Ion or Callicles, Aristotle delivering a lecture at the Academy, Thomas formulating his opponent’s arguments in front of a class. The characteristic moment of modern philosophy is Descartes, alone in his room, shades drawn, contemplating his navel. 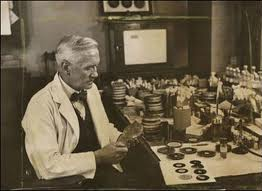 You may be thinking: the French are civilized? But of course! Don’t let the recent unpleasantness of the last 250 years or so – revolutions, equality and brotherhood in the form of mass murder of innocents, that whole applied Cartesian thinking thing*, Gerard Depardieu – detract from the vast leaps made by the descendents of the Franks from 300 A.D. to the 15th century.