This week, in the art history/art appreciation class I’m teaching, we were going over cave art and the materials and techniques they might have used. I threw this picture up: 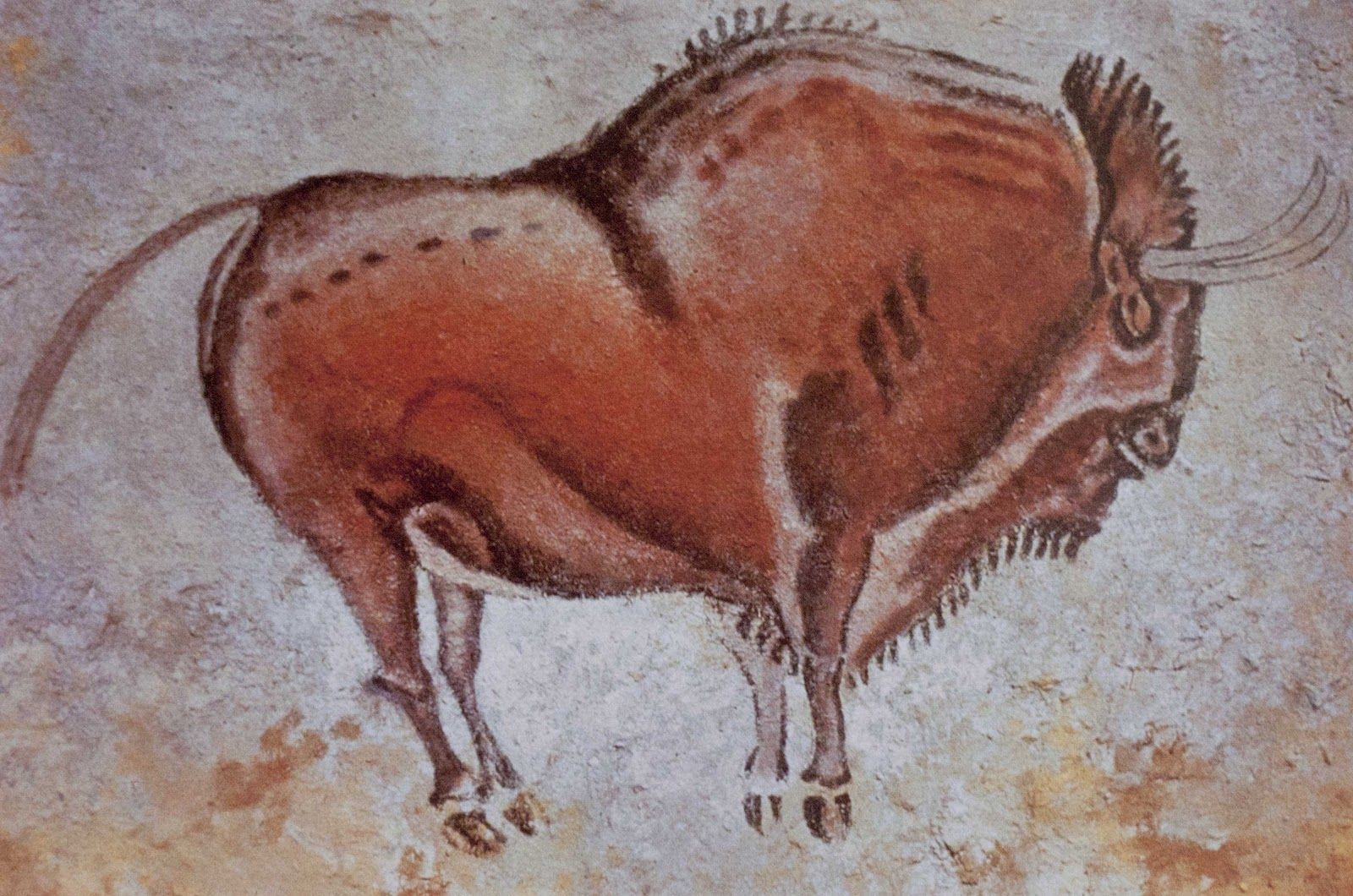 And then this picture: And had the students discuss them side by side using the elements of art and the principles of design. We all had a blast.

A while ago, Caroline Furlong posted and linked about the Pylos Combat Agate from the Griffin Warrior’s Grave at Nestor’s Palace in Pylos, Greece. Mind blown:

To recap: 15,000+ years ago, somebody could paint that buffalo on a wall in a dark cave using such things as powdered rock mixed with grease and pieces of moss. Then, 3,500 years ago, somebody could carve a detailed battle scene into a pebble, displaying a da Vinci level appreciation of human anatomy and with details too small to really see with the naked eye. Nothing approaching this level of artistry is found anywhere else before about 500 BC.

The Griffin Warrior’s Grave was discovered and excavated in 2015. Alta Mira cave first became widely known in 1880. Hegel was long dead before either of these masterpieces were discovered.

I really don’t want to get into the details and caveats in Hegel’s history of art, but any idea of a more or less linear awakening of artistic expression as the Spirit came to know Itself in History is patent nonsense in light of these two works, without enough caveats and retconning to choke a horse.