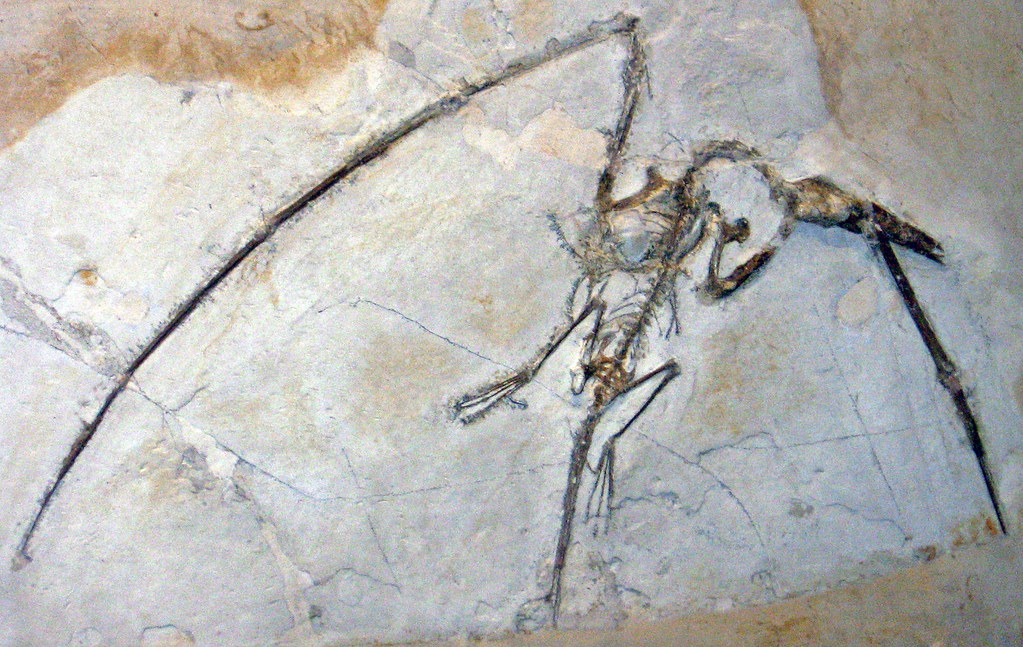 I’m part of a team at our local parish doing RCIA (Rite of Christian Initiation for Adults – the 6-9 month process an adult who wants to become Catholic goes through prior to 1st Communion, Confession, Confirmation and, if needed, Baptism).  I’m sort of the philosophy/history person, although the director and a couple of the other people on the team are perfectly capable of covering it. I talk too much.

We use a variety of materials from a couple of sources, of varying depth and quality. One, addressing what exact topic I’m not recalling the moment, used the word ‘evolve’ regarding Catholic dogma.

I probably don’t need to point out to many of the readers of this blog that ‘evolve’ is exactly the wrong term to use when discussing Catholic theology and dogma. ‘Develop’ is the right word to use.

First, evolve is used in (at least) 2 senses: the technical, biological sense, meaning changes to characteristics of a population over generations; and, more commonly, to mean ‘changing in a direction I like’.

The second sense is fundamentally dishonest, although I hasten to add that most people who use the word this way are most likely completely unaware of the dishonesty. They just picked it up from the way college-educated (“smart”) people talk, and would no doubt be baffled to discover educated people who object to that usage. What is dishonest is the replacing of ‘what I like’ with ‘what is obviously true’. Changes I don’t like are never said to be examples of evolution, but are instead given a pejorative label like ‘regressive’. This substitution takes place below the level of conscious thought almost all the time, I will generously believe for as long as I can.

Starting in the mid 19th century, Hegelians and their idiot children the Marxists met up with Darwin and his less clear-thinking offspring, the Darwinists, and discovered a happy (to them) marriage: the inevitable forward march of the Spirit/History was exactly like, nay, was perfectly embodied in, Darwinian evolution. Just look at how modern, more recent creatures are superior to ancient, outdated creatures! Why, it’s *just like* how modern, progressive ideas replace old, counter-revolutionary ideas by weight of their sheer luminous awesome superiority! It’s not a matter for argument, it’s a simple observation: just as dogs and elephants and canaries are obviously superior to velociraptors, diplodocuses and pterodactyls, democratic, scientific economics is superior to the primitive, competitive ‘free’ market.(1)

One remarkable thing in the history of ideas is how much effort, sometimes, the father or champion of a particular idea puts in to saying exactly what he does and does not mean, while later champions steamroll any subtilty in their hurry to use what they see as the gist of the idea for their pet projects. Thus, Hegel is careful to say that the forward march of the Spirit as revealed in History does not by its very nature admit of its use as a crystal ball – that the whole point of this gradual revelation is that we *don’t* know the future. We require Revelation, which doesn’t depend on and is not subject to human reason. Marx, finding Hegel’s disposal of logic useful but having no use for the divine revelation in History that take its place, immediately claims to know the future by virtue of his understanding of the Dialectic. It’s turtles all the way down, sure, but Marx has thrown out the top few layers of turtles and stands in midair. Charles Sanders Peirce, the father of Pragmatism, goes to great lengths to say Pragmatism is not merely the idea that the ends justify the means, only to have his great pragmatic successor, John Dewey, say exactly that.

Darwin himself does not use the word ‘evolution’ once in the 1st edition of the Origin of Species, and uses ‘evolve’ exactly once, as the last word in the last sentence of the work. (2) In the 12 years after publication of the Origin of Species before publication of the Descent of Man, followers of Darwin got labeled ‘Evolutionists’, so evolution does show 30 times in the later volume. Darwin claims that the ideas he presents in Descent will no doubt result in establishment of a scientific footing for psychology, since it’s clear (!) that consciousness and all other human mental characteristics and capabilities evolved from more primitive precursors in the lower animals from which man evolved.  Somewhere in there, evolution, which is at its roots akin to a simple observation, just one small inferential step removed from looking at related living species and the bones of what might be their ancestors, became the fundamental characteristic of EVERYTHING.(3)

And Darwin was more restrained than his followers. We end up with the second meaning of evolution as describing ‘change I like’ as little more than a Hegel-light or Marxist/materialist clarification of what Descent is talking about.

Development is something much more organic and even ancient, having philosophical roots in Aristotle’s idea of Nature. A natural thing has within its nature principles of motion distinct from the accidental causes that might move it or, more generally, change it. An oak tree grows from an acorn. The principles of growth from acorn to oak tree are contained in – are the nature of – the acorn. The acorn might grow to be a majestic valley oak or a stunted oak among rocks or, indeed, get eaten by a squirrel. Those outcomes are at least partly the result of accidents. Growth from acorn to oak are by nature.

That gigantic digression out of the way, we now get back to theology. To understand that theology and church teaching in general might develop from what is already there should cause no one any heartburn. Any new understanding must point back to and be consistent with older understandings. An eternal God is impossible for us limited humans to fully understand, but as He is unchanging and internally consistent, so too must be our theology. People who want to contradict previous teachings must hope theology can evolve, meaning, as explained above, change in a direction they like, never mind logic or consistency. They hope, however unclear they are about it, for Hegelian revelations in history that are not subject to human reason and have no need to be consistent with what came before.

2 thoughts on “Theology: Developed versus Evolved”