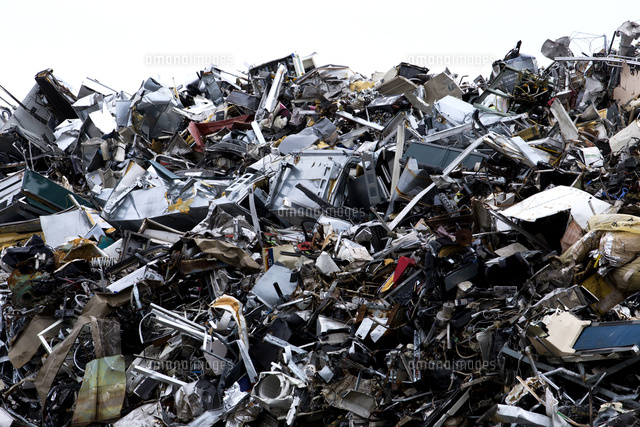 In order to have civilization, you have to take out the garbage.  When people are few and far between, you can dispose of your refuse any way you want, partly because you’ll likely produce little refuse, and that refuse will be biodegradable or at least ‘natural’, partly because you don’t have many neighbors to complain about it.

But once you get civilized, the root meaning of which is ‘living in cities’, garbage disposal becomes an active concern. Your neighbors very likely will care where you dump your garbage. Your own home will become a dump by default if you don’t make the effort to get rid of that stuff.

No one mistakes taking out the garbage as the purpose of civilized life, even though proper waste disposal is essential to it. Instead, if we think about it at all, we think proper waste disposal is something we all do in order to make and keep space for doing what is more important to us. A comfortable, non-smelly home with places for meals, conversations, sleeping and so forth is the goal on a personal level; on a community level, we want similar standards applied to public places for similar reasons. Therefore, we take steps both for our personal garbage disposal and for methods and places to deal with our collected garbage.

Thus, every city, town and village has its garbage men and dumps. Public piles of trash outside of dumps are a sign that civilization is slipping away or has never completely arrived. Privately, Hoarders, cat ladies and people who never seem to clean up their own messes are a tolerable nuisance, usually, but could become a public issue if their personal garbage gets too far out of hand.

Few imagine that their success or excellence in dealing with garbage is a defining characteristic of their personhood. True, out here in California, you will meet the Prius-driving composters who would never use a plastic straw nor fail to recycle a soda can and who thinks anyone who fails at these steps is Destroying the Planet and therefore probably irredeemably eeeeeevil. But even out here, people tend to be more sane than that, and take into consideration other personal factors, such as friends, family, hobbies, and achievements before marking a person for future culling once the right-thinking people achieve their peaceful, righteous totalitarian paradise.

Not so with voting! In two different senses, voting seems to be popularly considered an indispensable sign of full personhood. First, not having the right to vote makes one less than fully human in the minds of many. Second, to some, voting *wrong* makes one an unperson, as evil, stupid and suitable for extermination as people who consciously put plastic straws in the San Francisco Bay.

I contend, rather, that voting is much more like our duty to take out the garbage than it is a defining aspect of full personhood. Voting is something we do for the sake of other, much more important things. It is those important things – family, friends, possessions and the freedom to enjoy them – that give voting its meaning.

Historically, in America, we had a revolution to a large extent over the colonists chafing at the very idea that a government an entire ocean away could make and enforce rules and taxes without so much as a how do you do to the people to be ruled and taxed. Coming from Britain, the colonists had inherited a belief in a commonwealth reflected in common law – the idea that certain rights and duties had been established by centuries of precedent, and that the day to day laws were to reflect and reinforce those precedents. More simply, the English in Britain had one commonwealth, which included peculiarly English laws and traditions, royalty, parliament and so forth, while the English colonists in America had developed, over the centuries prior to the Revolution, a different commonwealth, which included, among other things, the practice of self-government. That the Crown would attempt to unilaterally impose its will with no regard to the colonists’ long-established practices shined a stark light on the fact that America was not the same naturally-constituted Nation as England.

In such an environment, the simple act of voting, of having a say in your own government, took on the sacramental quality of religious dogma. “All men are created equal, and endowed by their Creator with certain unalienable rights…” – this is a religious dogma in its very formulation. Compare this to the early English practice of having local votes on local issues, such as each man who bore arms got to vote on (local) issues of war: because it was my life I was putting on the line, I get a say. In medieval practice, a woman, or a teenager we might consider a child, might get a vote in local decisions if they were the ranking representative of their family. Voting was more or less tightly bound to personal duties and obligations the voter would be expected to be personally responsible for.

Having a farmer or miller vote on ‘national’ issues or ‘candidates’ made no sense, not the least because the modern idea of a nation or candidate are complete anachronisms when applied to the Middle Ages. Instead, I, the local farmer, owed allegiance to a local lord, who in turn vowed to protect me and mine and to honor our rights. That lord owed allegiance to a greater lord in a similar way. Such allegiances might or might not roll up to a king or emperor someplace, but even such nested loyalties were built upon local, often face to face, loyalties, duties and rights.

The English systems grew out of these medieval roots, and, at the time of the Revolution, weren’t all that far from them. Indeed, the new Republic’s voting ideas reflected those English roots to some extent: State governments selected Senators and Electoral College members however they saw fit; the President therefore worked for the States and only indirectly for the people. The federal judiciary was yet one step further removed from popular vote. Only the House of Representatives was the direct result of state-wide elections.

But this removal of most of the Federal Government from direct election by the People contradicted the dogma that government gains its legitimacy from the consent of the governed, and, even more important, the inescapable corollary that the individual is the sole sacred locus of all legitimate political power. It is clear from the Federalist Papers that insulating the bulk of the government from the whims of voters was an active goal, reflecting the republican idea that we share an inherited commonwealth that is not open to revision by vote. Such a commonwealth included the notion of individual rights, and government of, by and for the People.

The idea of the sovereign individual who reigns supreme via his consent given at the ballot box conflicts not only with the idea of an inherited commonwealth that his vote cannot overrule, but with reality in general. It seems the Founders assumed voters would be like them – men for the most part thoroughly invested in family, children and usually land. Those families, especially those children (“our posterity”) are the direct embodiment of the commonwealth. A voter could only legitimately exercise his franchise to support the commonwealth! A voter votes as a son, father, and husband, or his vote is not legitimate. Those of us who are sons, fathers and husbands get this instinctually.

This conflict between the sovereign individual and the family man produced by and protecting a commonwealth can go one of two ways:  either individual sovereignty becomes THE measure of worth in society such that not having it is being relegated to non-person standing, or voting a secondary or tertiary thing that only has value insofar as it promotes and protects the commonwealth that is the place where individual rights reside.

Further, if we go the sovereign individual route, the commonwealth itself cannot be off limits. We must be able to vote away our rights, for example, or we are not truly sovereign individuals – something completely contrary to what the Founders stated, but an inevitable result of the logic’s gravity.

In the hoary American tradition, we’ve mostly whistled past this issue for 200+ years while sliding with greater alacrity toward sovereign individualism. In a final twist, a large number of the latter-day recipients of the franchise – women, blacks, 18 year olds – choose to vote for various flavors of the idea that the individual is nothing, the masses everything. Inheritances such as free speech and due process are attacked daily – by popularly-elected officials. The gravitational pull of sovereign individualism toward destruction of the commonwealth is not just a theory.

Under a republican understanding, where a Republic consists of a common wealth held by all to the benefit of all, a citizen does not need to be defined as a voter. Citizens are all those who share fully in the benefits of the commonwealth. Voting becomes the means to an end: the protection and promotion of the commonwealth for the sake of family, and, particularly, our posterity. It would be absurd from this view to pit the right to vote against duty to family and Republic, since voting exists for the sake of those things. Under this view, voters should be those who are best situated to defend the Republic. The idea that voting could be allowed to drive a wedge between members of the same family would be a horror, or at least wildly counterproductive.

Rather than the ultimate expression of our full adult personhood, voting is more like taking out the trash. It needs to be done in order to have a civilization, but it is not that which defines us a full adults.

Finally, sovereign individualism flies in the face of reality in another sense: we Americans with few exception spend tiny amounts of time and effort on voting. If we really believed voting is the highest expression of our human dignity, maybe we’d hold votes more often that once every year or two? Maybe get the week before election day off to allow proper study of the issues and candidates? Perhaps have quarterly or monthly holidays on which to hold local meetings to discuss politics and try to understand our neighbors? In other words, shouldn’t we ACT a little more like voting is all-important if we claim to believe it is?

6 thoughts on “Voting is Like Taking Out the Garbage”