A. Ran into some very interesting stuff around the whole excommunicate Catholics who refused to send their kids to Catholic schools even when such were available and affordable. Walch tells the story differently than I’d read it before (where, I can’t remember and didn’t take notes! Never again will I not take notes! No, really, this time – for sure! It’s got to be in either the books on the shelf in front of me or in one of the myriad of links I’ve collected…) 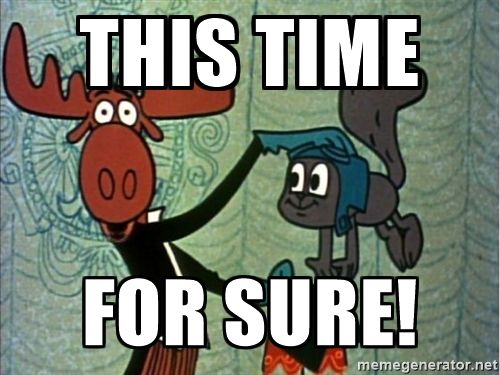 Walch ascribes the incident to the machinations of one layman, a James McMaster, a convert who, with typical convert zeal, thought Catholics should send their kids to parish schools no matter what, to keep them out of the evil clutches of the state schools. On his own, he sent damning articles showing the evil of public schools to Rome, along with a memorandum asking if Catholics could justifiably send their kids to such schools.

This got the attention of people in Rome, who responded by sending a questionnaire to the American bishops. They responded and, at least according to Walch, were a bit put out. The pope got involved, and issued the Instruction of 1875, which favored McMaster’s take, but left things vague enough to provide leeway in the bishop’s actions. The bishops chose to ignore the instructions.

Walch’s sympathies are clearly with Progress, and he repeatedly states in this section of the book how Catholics thought their schools were often inferior to the public schools and parents concerned for their children’s futures would choose them for that reason. Besides, many if not most parishes did not have a desk in the parish schools for anything like all the Catholic children in the area. The bishops’ disregard for the rulings of Rome is seen as an inevitable and good thing. He quotes, of all people, Orestes Brownson as someone favoring having Catholic students attend public schools.

(Aside: Can’t resist talking Brownson! There’s a somewhat famous Brownson quotation deriding the very idea that the state should control education – “Where the whole tendency of education is to create obedience, all teachers must be pliant tools of government. Such a system of education is not inconsistent with the theory of Prussian society but the thing is wholly inadmissible here… According to our theory the people are wiser than the government. Here the people do not look to the government for light, for instruction, but the government looks to the people. The people give law to the government….to entrust government with the power of determining education which our children shall receive is entrusting our servant with the power of the master. The fundamental difference between the United States and Prussia has been overlooked by the board of education and its supporters.” However, this quotation is from around 1840. By 1865, Brownson was championing the idea that the US would both become Catholic by nature and necessity, and that the rest of the Western Hemisphere would convert (if necessary) and petition to join the Union. If one thinks the nation will become Catholic, then one might stop objecting to state run schools.)

The other view I’d come across was rather that some of what would now be called conservative Catholic bishops wanted the power to withhold the sacraments from anyone who could send their kids to a Catholic school and didn’t, and were disappointed with the vague answers the pope gave in the Instruction of 1875, but, obedient as they were, they let it go. By either take, this ended up encouraging people like Shields, Pace and Barns to view the public schools as some sort of ideal that the Catholic schools were to strive to achieve.

B. I have mentioned in passing that Fr. Thomas Shields, a scientific psychologist and pedagogue and, according to the meager sources I’ve found so far, a somewhat obscure Catholic Progressive educator, and Fr.  James A. Burns, a prolific writer and fundraiser and one time president of Notre Dame, espouse and promote ideas concurrently being condemned by popes, namely, Modernism.

Here’s somebody’s summary of Pascendi dominici gregis subtitled on the Vatican website  “Encyclical of Pope Pius X on the doctrines of the Modernists.” It’s well worth reading. This summary seems about right. 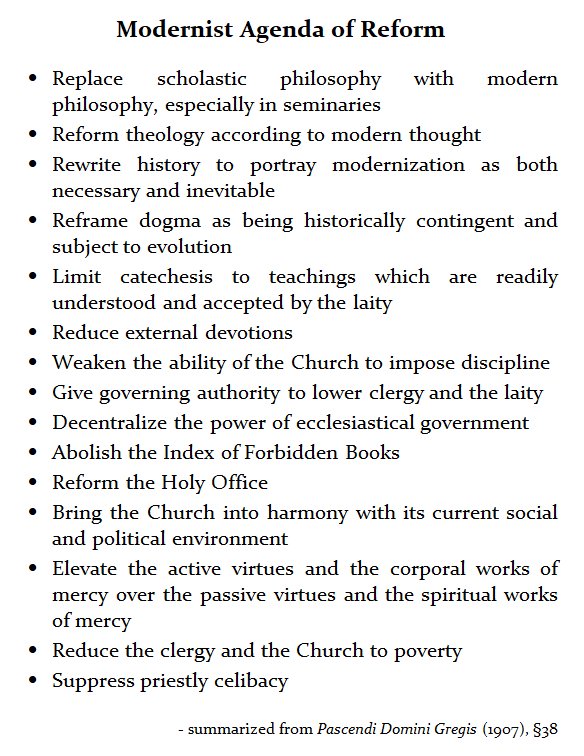 Burns first published in 1908, the year after the encyclical was proclaimed; Shields was active both before and after.  One thing I read and didn’t makes notes on (a mistake I’m trying to avoid now!) quoted some late 19th century letters among American Catholic prelates on how backwards and hidebound the European Churches were, and how we Americans had to lead them into the glorious future. That attitude would seem congruent with the writings of Shields and Barns, and would explain their (so far – have lots more to read) silence on the teachings of this and previous encyclicals.

To take it point by point – modernist?:

I think it’s safe to tentatively conclude, while leaving room for counter evidence, that since the early 20th century at the latest, our Catholic parish schools have been steered toward exactly the modernism that Pope St. Pius X specifically condemned.

C. Then there’s this nonsense: Bad science! Bad!.When feminists and other anti-science, anti-reason, anti-reality loonies get to decide what it is permissible to find, Orwell’s dystopia is already upon us. What the paper says and how strong its arguments are is irreverent to this point – we won’t know, because it’s not published! – merely that it can be memory-holed because of bad think.

The time to be nice has long passed. We must make a stink whenever the opportunity arises.