1. Be the Wall. Many years ago, my beloved and I attended a few child rearing classes, from which the one thing I remember was the stern admonition to Be the Wall. Kids are going to want to test their ideas and your limits. If they get all emotional and vehement, interpret that to mean they trust you, their mother and father, enough to risk real exposure. This works from toddlerhood all the way to adulthood, and is in no way contradictory to being loving, supportive and gentle. Kids need to push to grow up, and pushing against people they love and trust, and who they know will love and trust them back even if – especially if! – the answer is ‘no’ is the best way for them to learn self control, self respect, and how to stand firm themselves.

So, parents must be the wall, neither giving an inch nor overreacting to the pushing. Not always easy, but necessary. A key part: knowing what you stand for, knowing the places you will not give. These should be few, and consistent. Everything else should be negotiable. With any luck, children so raised will be able to carry these lessons out into the world, and distinguish between principles and necessary rules, and things that can be negotiated. They will be able to behave as adults. 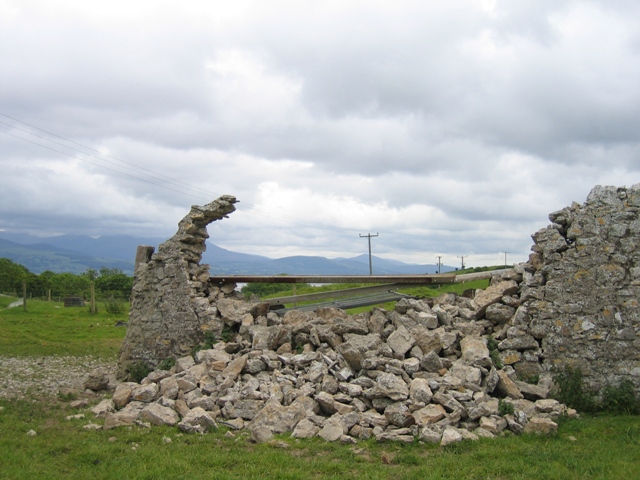 We live in a world of feral children – of all ages. They have pushed, and found no wall. Many times found no mother or father. They pushed, and one time, the wall fell with hardly a breeze; the next time, it pushed back violently. They pushed and pushed, and ended up in the streets, looking for something, anything, that will push back.

Thinks that should have been learned in the privacy of family life and that can only be learned in family life are now lacking in public life. Our feral children find no walls. The drive to push is unsatisfied and unabated.

2. Fight the Urge to Dirge. Ye Sons and Daughters is one fine Easter song, great tune, tells the story in a charming, memorable way. Only one problem: for some inexplicable reason, choir directors seem almost universally to take what should be something like a bouncy waltz, tempo and feel wise, and turn it into something more like a funeral processional. With a bit a vim, the song is catchy and easy; plodding, it is just another forgettable church song.

You can imagine what brought about these thoughts. We did do some glorious Easter hymns yesterday as well. But it hurts to see such a charming tune done so – bleech.

3. White Sunday/Mercy Sunday Pizza bash! Invited all sorts of Catholics with whom it is meet and just to be celebrating the end of the Easter Octave over – had maybe 30 adults and a dozen or more kids (many of whom wanted to make their own pizzas, which we did – maybe made 20 pizzas in all). Kept it going from 2:30 until after 9. A lot of fun.

Two thoughts, and if you have any suggestions, I’m all ears: when inviting people to something like this, it is customary for them to ask ‘what can we bring? aaaand customary for me (who tends to be the major cook for these things) to say ‘nothing’ or ‘something to drink’ – because trying to manage who brings what is just more trouble than it’s worth, But: people want to bring something, at least, I know I do when the roles (and, possibly, rolls) are reversed. So, this time, due to the large and uncertain numbers of people, I said: we’ll be providing main courses, you needn’t bring anything, but you can if you want.

So, yesterday, at 10:00 at night, I’m packing away A LOT of food. We ran through the pizza stuff, sure, but I made a vat of guacamole and about 8-9 lbs of pastrami with ciabatta rolls and fixings to match and – lots of stuff. But lovely and generous people also brought lots of delicious things, much of which got left. Into the freeze went pastrami, a couple chickens, a couple dozen ciabatta rolls. The fridge and a couple coolers are packed with salads and vegetables; my wife made delicious pashka and kulich – which got lost in a sea of wonderful desserts. So, into the freezer or coolers it goes.

There are only 4 to 6 of us at home (it varies because – story). I hate throwing food, especially really good food, out, so now I’m looking for homes for at least some of the more perishable stuff. Work, school, neighbors are all likely to get some nice gifts – but this becomes another task on top of set up, food prep and clean up.

I also hate telling people how to be generous and all the planning it takes to be able to say: no, we have enough salads, how about a dessert or some wine? Or whatever.

Finally think I’m getting the hang of the brick oven. The usual advice is that each oven is different, you just have to use it and see what works. What works for this oven: at least a two-hour burn before you start cooking. Three hours is better, although this probably had something to do with all the rain making the whole oven a little damp. Then: just keep it going – at least 2 or three logs burning at the back in addition to all the hot coals while you cook. By the end, we were popping pizzas in and out in 2-3 minutes each. And they were excellent.

If I ever build another brick oven, please shoot me. I mean, I’ll make it more massive and better insulated. Also, getting the hang of Naples-style pizza dough, which you make a few days in advance and let chill until a few hours before you’ll be using it – slightly sour taste, excellent stretchy texture for making those lovely thin-crust pizzas that work so well in a brick oven. (I honestly cringed a little when the kids were manhandling those beautiful dough balls on the way to making cheese and olive or pepperoni over store-bought sauce pizzas – but that’s what they were there for! Deep breath. I do love kids more than cooking. Really. And they had a blast.)

Great fun. Looking forward to doing it again next year.

4. Finally, I compulsively reread this bit of flash fiction fluff, and got a little worried that people might think I was making fun of Southerners, when nothing was farther from my mind – Edgar and Bill are perfectly competent adults who love telling tales and maybe messing with the out of towner a bit. Colorful locals, in other words, not red neck morons. I worry some people don’t know the difference, one difference being that, in my experience, there are many more of the former than the latter.

Turns out that a man named Steve Cross in southern Georgia runs the only mill in America that handles live oak – the very characteristics that make it ideal for ship structural members render it very difficult and uneconomical for commercial mills to deal with. So Steve builds his own Rube Goldberg style mill out of parts from tractors, forklifts and combines and whatever else was lying around, and serves ship builders and restorers around the world.

He’s clearly a mechanical genius of sorts – and is just as clearly one of those colorful locals messing a bit – a completely friendly bit – with English Leo the shipwright.

7 thoughts on “Be the Wall & Weekend Bullet Points”