Why should anyone care if Kant destroyed logic as a meaningful aspect of reality? Why should we care that Hegel denies that logic, as understood by scientists, mathematicians, computer programmers as well as philosophers and theologians, has no place in philosophical thought? 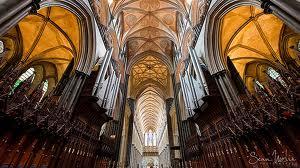 Chesterton explains somewhere that to prove out something logically to a medieval man was to compel him – that his unshakeable (if probably unconscious) belief in the unity of human experience and understanding meant that his *behavior* had to follow the logic. This is not theory – as the master logician John C. Wright explains in the already linked essay, logic has its own momentum or gravity, making it work to be inconsistent -it’s an uphill battle, as it were, while consistency is, logically, as natural as sitting down.

People today are much more willing to put in the work required to be inconsistent than they are to change their behaviors. But it has not always been so: witness the hundreds or thousands of churches, usually named after our Lady, which sprung up after Francis and Dominic starting in the 12th century. Once you accept the Incarnation, especially as manifested in the Transubstantiation of the Eucharist, what is there to do besides build the most beautiful building you can, embellish it with the greatest art and music, and devote your life to celebrating that mystery? For centuries, across thousands of square miles, amidst all the wars, famines, plagues, and invasions, millions of people routinely celebrated beautiful liturgies in gorgeous buildings accompanied by the best music ever written and surrounded by the finest art man has ever produced – as a result of following the logic of the Church with regard to how God works our salvation in this world.

Now? We start, with Kant, by asserting that there’s no appeal to the real world to answer our questions about reality – it’s all a game, we can’t really know anything except how our own personal mind works, with the predictable result that our mind becomes the one sacred arbiter of TRVTH. Next, following Hegel, we disavow that logic has anything to do with anything – sure, it’s a game mathematicians and computer programmers (and auto mechanics and plumbers) play – but what’s that got to do with reality? with ME? *I* see the world as *I* see the world – and there’s nothing you can do about it! To even try – like, say, by reasoning with you – is a fundamental violation of the unspoken rules that underlie this world-without-rules. And don’t even think about pestering me about consistency – hobgoblins, and all that.

If you believe that ideas matter, and want to live in a sane world, then Kant and Hegel are the enemy.